I plan on purchasing one of the modern camo nets. I like to hear your suggestions which of the netting sets is worth buying?

REPLY & QUOTE
HermannB (Hans-Hermann Bühling) said
I plan on doing something like this:

AFV Club have some modern Camo nets, available in green, sand, white.
I have some, but not used it yet. Very thin & looks the part.

REPLY & QUOTE
Thomas_ (Thomas) said
as an alternative to AFV-Club

REPLY & QUOTE
HazZaRd (Gijs van Iperen) said
I used the AFV-club one on my latest build, it is veryyyy fragile since it is basically a decal.

when I see the AK-video I would choose that one if I need one again.

REPLY & QUOTE
Maki (Mario Matijasic) said
I used Arkebuza offering couple of years ago. I think Arkebuza is no longer in business, though.

Anyway, it was made of thin paper-like material. It was great to work with, you could use some water + white glue to shape it and drape over a vehicle. I liked it a lot and the results were pretty convincing IMO. Here is the turret of my Scorpion build with the Arkebuza netting:

I'm not sure what other offerings on the market are made of, but PE nets just don't look too good to me. 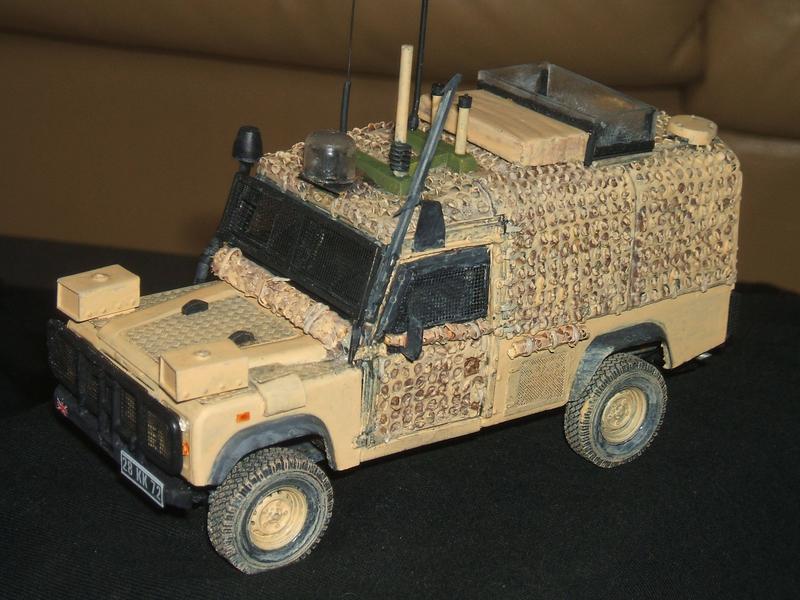 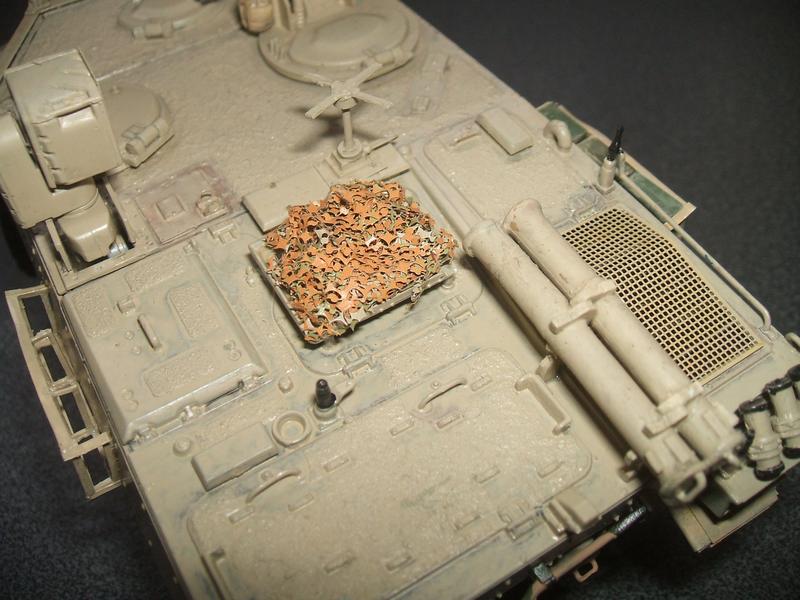 but it is not so easy to get

REPLY & QUOTE
frank01 (Frank Lever) said
I use these,
http://www.tetramodel.com/?act=shop.goods_view&GS=85&GC=GD02

REPLY & QUOTE
kinmanb (Bret Kinman) said
How do you order from them?

REPLY & QUOTE
TopSmith (Greg Smith) said
Does anyone make the cammo netting the british usen in WW2 that you would recommend.?

Does anyone make the cammo netting the british usen in WW2 that you would recommend.?

For WW2 netting - and I include the type as Post War as that's where I major - you haven't really got much choice as far as I know other than to make it yourself; to be honest, it's a real bind, as is making the real thing.

If you're after the effect of a garnished net draped on a turret or elsewhere on a vehicle I begin by using small squares of medical gauze (you can buy the same marketed as "Camouflage Netting" from a number or manufacturers but the gauze will get the same effect); first is to soak it in diluted white glue, drain off most on say, some kitchen towel, then position it on the model using 2 sets of tweezers.

Note that the gauze will contort and soak up the diluted glue, as after all, that's what it's designed to do, so you'll have to develop the knack of using tweezers to keep the shape, or at least that's the way I tackle it. Once dry I cut zillions of lengths of Tamiya masking tape, around a millimeter and a half or so in width; the length no more than say a scale metre - whatever that works out as. I base this on my experience when as a young soldier I was tasked to "garnish" - as the British Army puts it - a net. I spread the net out on the barrack square and was more or less left to my own devices with 2 rolls of Hessian tape, which came in dark brown and an olive green. I think they were around 3" or so wide. All I did, and I was completely unsupervised, was to cut off lengths and knot them to the net one end, and weave the other in and out of the mesh. I didn't use anything too long as it became too unwieldy to secure/thread through.

Anyway, that's the way I camouflage my models for such an early-type of net. Weaving them in and out of the dried gauze is not possible but by cutting the tape to a point one end and then glueing it in position I can hopefully create the illusion of where the real thing would be tied. A further coat of diluted white glue then secures the whole. I then paint as appropriate in the 2 colours above.

If you wish to portray a free-standing net (supported on poles) say for an Artillery position, then I have no real idea as to how you'll get the "woven in and out" effect, so forgive me for that!

Incidentally, for more modern types of net (ie with the plastic patches) I use the same net/gauze method as above but then use used tea leaves for the "patches" effect.

'Hope this helps somewhere along the line.

REPLY & QUOTE
bison126 (Olivier Carneau) said
Hans-Hermann
here is what you can get with AFV Club netting. 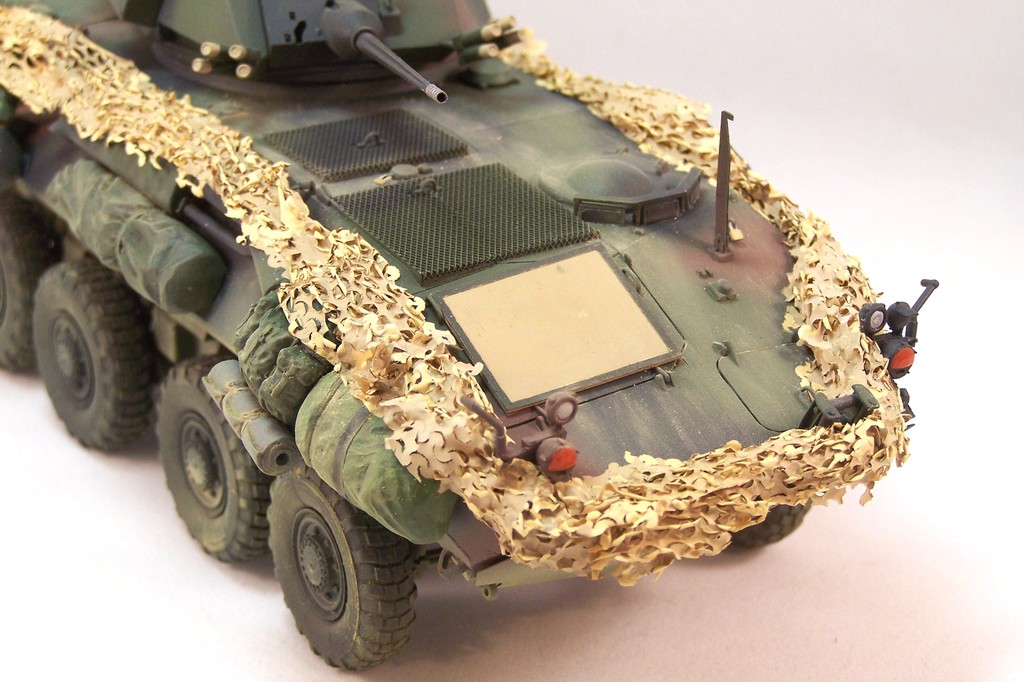 The preparation process is a bit long and the decal (as this is what AFV Club netting is) remains fragile.

I think I will try this and other manufacturer for best result.